Winning inmates to Jesus, discipling them, and teaching them how to bring others to Christ. 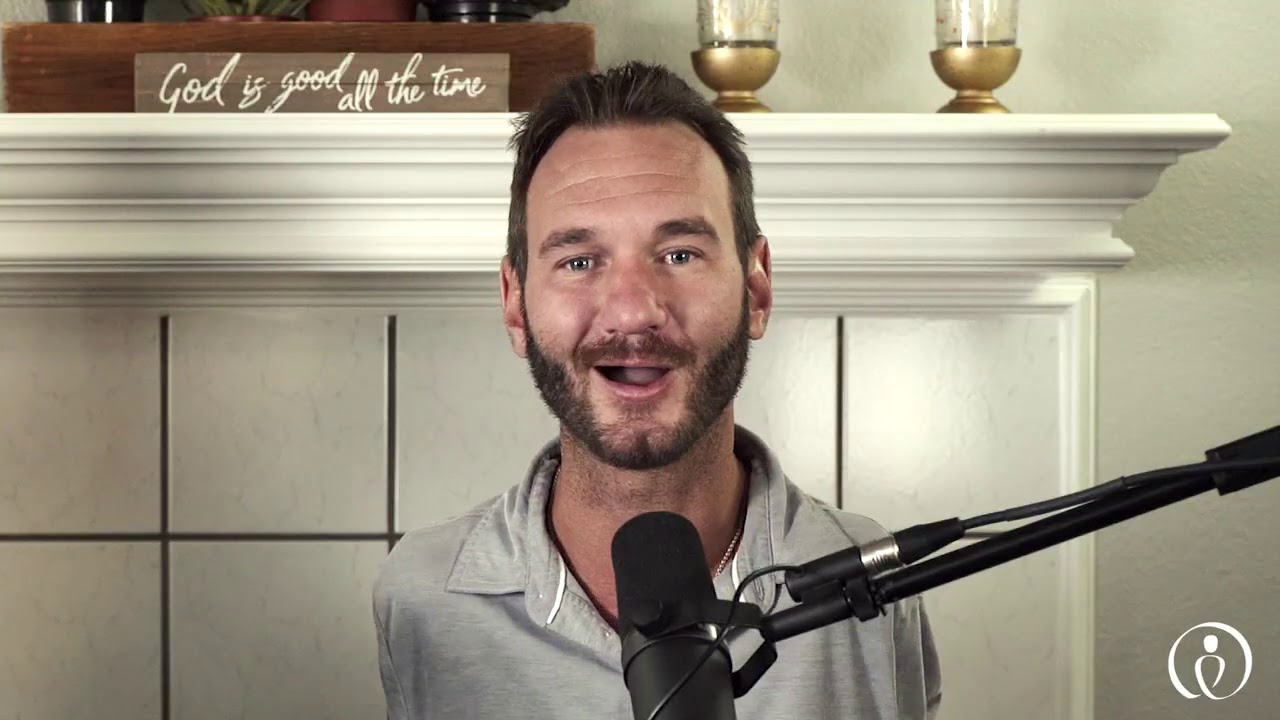 “This is the best thing we have ever had brought in here. You are all changing lives!”

The LWL Prison Ministry is reaching thousands for Christ and transforming lives in prisons and jails across America. We bring real, raw, and transparent evangelism content and discipleship tools to inmates. Our ministry includes our exclusive Free in My Faith curriculum along with in-person teaching. Currently in 193 prisons across 33 states, more than 45,000 inmates have heard Nick Vujicic’s Gospel message live or by DVD and more than 5,300 have made first-time decisions for Christ. We also have 5,500 facilitators, most of whom are inmates.

Our exclusive 9-week Free in My Faith curriculum is a powerful, free resource for inmates. Thousands of inmates chose to participate in this voluntary program.

Free in My Faith: The Journey from Hopelessness to Hope,  includes a book, corresponding video lessons, and in-person teaching.  The topics include hope, love, grace, relationships, anger, guilt and shame, loneliness, forgiveness, prayer, and know God.

After completing the series, inmates can be trained as course facilitators in their prison. “Thank you so much for coming to our prison and making us feel forgiven but not forgotten. I have two daughters that come and visit me once a month and now I have something very special to talk to them about. Hopefully I can now help them find the peace in Christ that I now have. I now have my eyes open to Christ, it's a whole new beginning. God bless the Life Without Limbs Team. I know Christ will smile on you all! And thank you for the lady volunteer, Bette, who sat with us through the whole event. Love you Bette...your talk really helped!”

“You impacted our group by helping us understand what forgiveness, anger, relationships, and love look like. It helped all of us to understand who God is and how we need to continuously look to Him in our daily lives. I particularly liked the discussion on hope.”

“Thank you for coming and sharing the wonderful words of God and helping me understand there is a better life in the Lord our God. Nick is an amazing man, and to see the love in his eyes really strengthened my faith and walk with God. Your ministry is really God-led. Thank you for thinking of us!”

“I’ve been a Chaplain for 13 years and have had hundreds of ministries come through here and none of them gives the whole picture like LWL. The whole team really shows the love of Christ. From the intro video with Nick to the videos of Nick speaking on hope, every person was very much involved and did not want it to end. My hope is that we can continue to work even deeper with LWL. Please come back and take us deeper.”

Be a part of inspiring more stories like these. Find out how you can get involved in LWL Prison Ministry.
Get Involved
Engage

We have four simple ways you can get involved. Everyone can be used by God to reach others for Jesus.

Prayer is the most powerful way you can partner with us in ministry.

Use your time and talents to reach the world of Jesus.

Send an email to Prison Ministry to learn about volunteer opportunities.

Your gift today enables us to present the love & hope of Jesus to inmates across America.

GOD'S CHOSEN ROUTE FOR MY LIFE

I am a 62 year old South African living in Kwa Zulu, Natal. Ever since I can remember I had a fascination for snakes, I started catching snakes at the age of eight and have become extremely knowledgeable about them and the environment as a whole. My young life was full of all sorts of activities such as sport fishing, hunting and of course snakes. With such a full life I never had time for God.. and although many people tried to get me to go to church I always had something else “more important” to do! Then one day (about 24 years ago) I went to remove a green mamba from a local residence. After the removal and a lesson for the old man and woman, the old lady turned and said to me “you don’t believe in God do you young man”? Before I could respond she continued, “God says that you have cheated death more than five times! You must go and fix your things with Him because you will not get another chance”!

At that time I had already planned a road trip with my twelve year old son to Namaqualand, some two thousand km from our home, and we were due to leave in three days to spend ten days in finding snakes and recording all the data we could gather. After ten days we started the long journey back home, this was now fourteen days since the “old lady incident”. No sooner had we left (in the dark after sunset) I spotted a snake crossing the road so I made a quick turn and jumped out to capture the snake. Another vehicle approached at high speed and collided with me and my vehicle. I was critically injured and by the time I got to the nearest hospital the prognosis was, I wouldn’t survive the night. My right lower leg was smashed and shattered. My right leg femur was badly broken, and the upper half of my femur smashed through my hip joint up into my abdominal cavity, and broke through my side breaking two ribs on the way out. My pelvis was also broken as was my lower back. After about an hour an ambulance arrived and took me to the Springbok hospital which was a small, ill equipped clinic that couldn’t deal with this sort of trauma. Cape Town was experiencing bad weather and they couldn’t send out a mercy flight! In the early morning hours the weather cleared sufficiently to get a flight through and I was flown to the Tygerberg hospital for emergency surgery. When I came out of surgery I was told that I would never walk again! In that first day after surgery through the mist of semi consciousness, The Lord stood at my bedside and asked if I could now lay still enough or long enough to listen? I responded “yes Lord”! He told me that He was sending someone to speak to me, and that I was to give my life to Him. Meanwhile, family friends knew a pastor in Cape Town and asked him to come and pray for me. Early the next day a man dressed in a tee shirt and shorts walked into the ward and looked around, his gaze settled on me and he walked over. As he walked over to me I told him that I knew who he was.. he didn’t seem surprised and simply said that God had sent him.. Just then my friend ‘s Pastor also walked in and the two prayed for me and led me to the Lord. I lost my leg but gained my soul! Now, I am a servant of the most High God, and still live a life of adventure! There is plenty of evidence of on the Ndlondlo Reptile Park on YouTube!

Be a part of inspiring more stories like these. Find out how you can get involved in LWL Prison Ministry.

By joining our email list, you’ll learn more about LWL
and how we are reaching the world for Jesus.